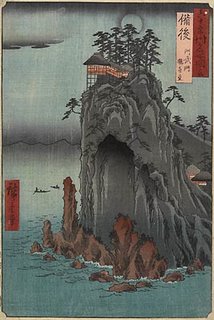 Way back in the time of the Tang Dynasty, when Emperor Xuan-zong (713-741 A.D.) reigned, the people of Hangzhou enjoyed a heady evening at the annual Autumn Festival on a fine full moon night.

The monks of Lingyin Temple slept soundly after the festivities but deep in the night one alone stirred, cleaning the kitchen things in preparation for the morning meal. De Ming had been the kitchen hand at Lingyin Temple since his novice days and now he was head cook. By habit he woke not long after midnight to begin the meals of the following day.

Being accustomed to the curious noises of the night he worked in peace, that was, until he noticed that the sky had darkened and a sound like heavy rain made a rough clatter outside in the courtyard. Thinking that a storm had blown up he rushed out to close the doors against the weather, but to his surprise what fell from the sky was not rain but pearls in a rainbow of colours. As he stood marveling at the sight, he noticed that the gems quickly disappeared after striking the ground. 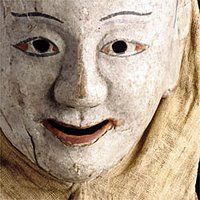 Acting fast, he ran back inside, emptied a bag of rice and hurried back into the courtyard to capture a hoard of the precious drops. He held the bag open and caught them from the sky and, as luck would have it, they did not vanish. De Ming ran hither and thither about the courtyard holding the bag above his head. Then abruptly it stopped raining and the sky cleared. To his joy, De Ming found he had collected a whole bag of coloured pearls. Knowing he must show the Abbot, he padded quickly across the silent courtyard and through the bright temple grounds.

The Reverend Zhi Yi was very reluctant to be woken, but on hearing the urgency in Brother De Ming's voice, he struggled out to see him. De Ming excitedly explain what had happen, showing the Reverend his bag of pearls. The old Abbot looked into the bag and smiled with a sparkle of recognition in his eyes.

"These are not pearls," he said. " They are the brilliant seeds of the giant cassia tree on the moon. 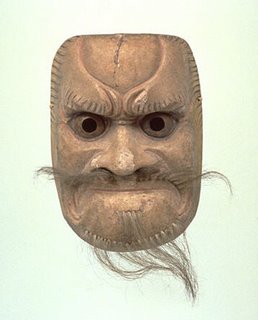 Turning his watery eyes up towards the moon, he continued. "Many years ago the immortal Wu Gang got very drunk on a night much like this one. In that stupor he got it into his head to chop some wood and he cut down a whole grove of cassia trees. Unfortunately, Wu Gang was still in the Heavenly Queen Mother of the West's garden, where he had been an invited guest for the Autumn Festival. He had mistakenly chopped down a whole grove of precious ten thousand year old trees.

"As punishment he was sent to the moon to chop down the giant cassia tree there." The old monk looked down for a moment and seemed think of something far away. De Ming leaned in closer to catch the Abbot's next words.

"Wu Gang is strong," the Reverend continued softly. "He chopped down that great tree, but the next morning there it stood again. He is doomed to cut that tree every night." The Abbot sighed. Looking over at the younger Brother he smiled gently at him.

"But this is a great boon and a sacred thing," the Reverend laughed. "Our temple has been much bless by these seeds. Wu Gang must have enjoyed the wine last night and took his axe to the tree with enthusiasm. So, tomorrow after prayers, Brother, you must take these seeds and plant them all over the mountain and around the Temple grounds."

The seeds De Wing planted grew miraculously fast and by the time the next Autumn Festival came, many groves of coloured Cassia bloomed upon the mountain around Lingyin Temple. The Reverend gave the privilege of naming the trees to De Wing. De Wing called the orange ones the Golden Cassia; the pink ones he called the Rouge Cassia; and the white ones were named the Silver Cassia.

Even yet to this day the people of Hangzhou call the place where the first Cassia seeds fell, Moonlight-Over-Cassia Peak. 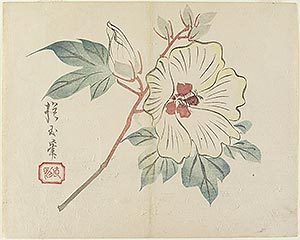 Moonlight Over Cassia Peak has been adapted from the book Folk Tales of the West Lake, Wang Hui-Ming, Foreign Language Press, Beijing, 1982.

I love how this story is a story within a story: telling the classic tale of Wu Gang within the folk history of an actual place.

Unfortunately, I was unable to find any Chinese pictures that suited this tale. Not that they don't exist, rather my searches did not reveal what I needed. Oddly, I often come across many related works after I've posted the story. However, the images selected here have shaped the storytelling, especially the wonderful Korean mask used to portray De Ming. I could see him in my mind running around the courtyard catching the pearls that fell from the moon.

the following address is from the Art academy in Hangzhou (maybe someone can help with pictures):

Anon -
Thankyou for the info, I'll check it out :)

I always enjoy the stories on this blog, they have such a mood. Thanks for your latest effort.

Your blog is heaven. I want to come back and spend more time here next week. I'm looking forward to it.

Thank you florence. It reminded me of my childhood when life was much simpler and slower, where story telling was such a patient art. Today, I will take some time to stop my hurried life and share this story with my daughters under a moonlit sky and some lovely music if possible. Thank you for helping me remember to create a memory :-)

Soul, I must say it is a very special treat for me to read your comment. I'm so pleased to be able to share in this gift with you.